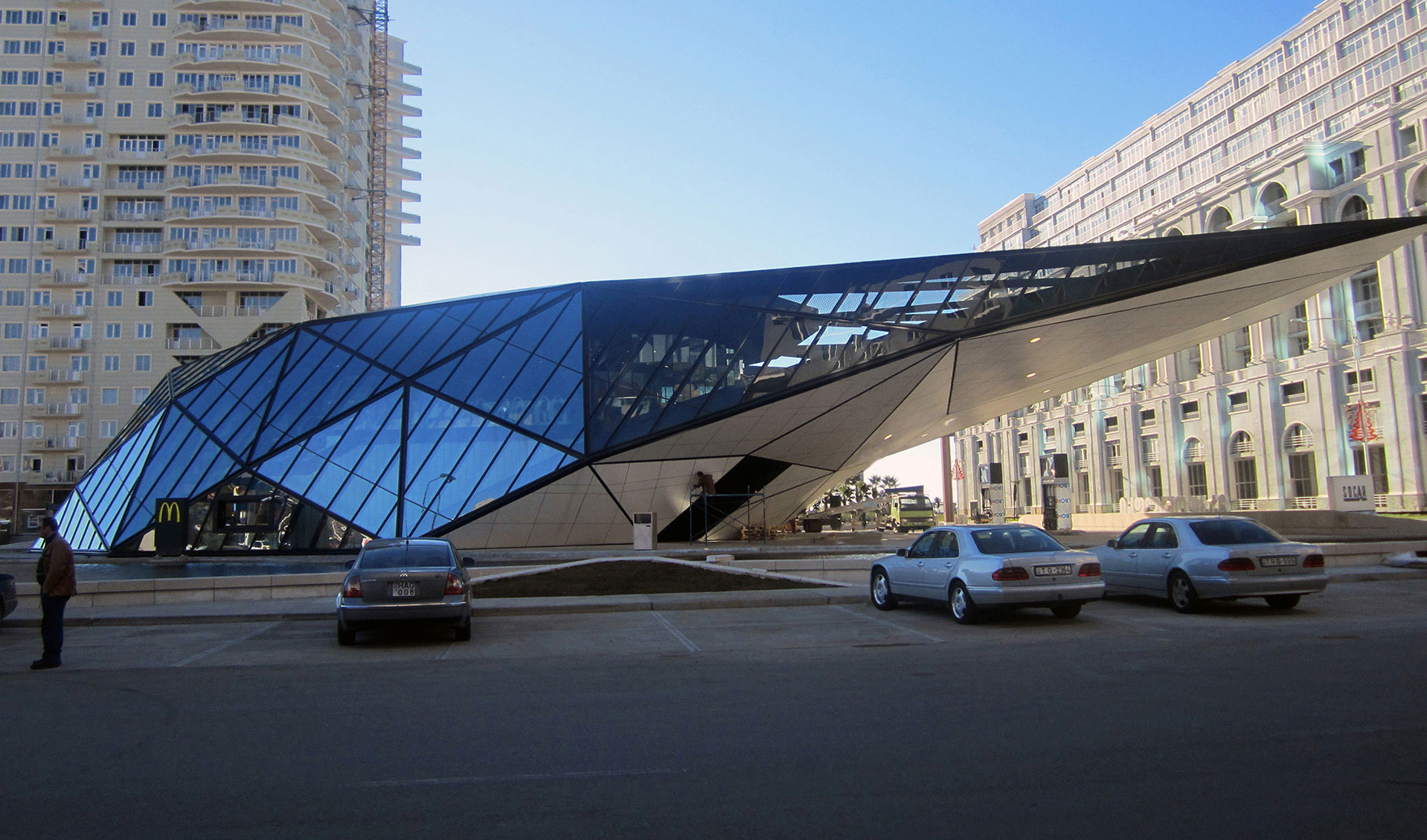 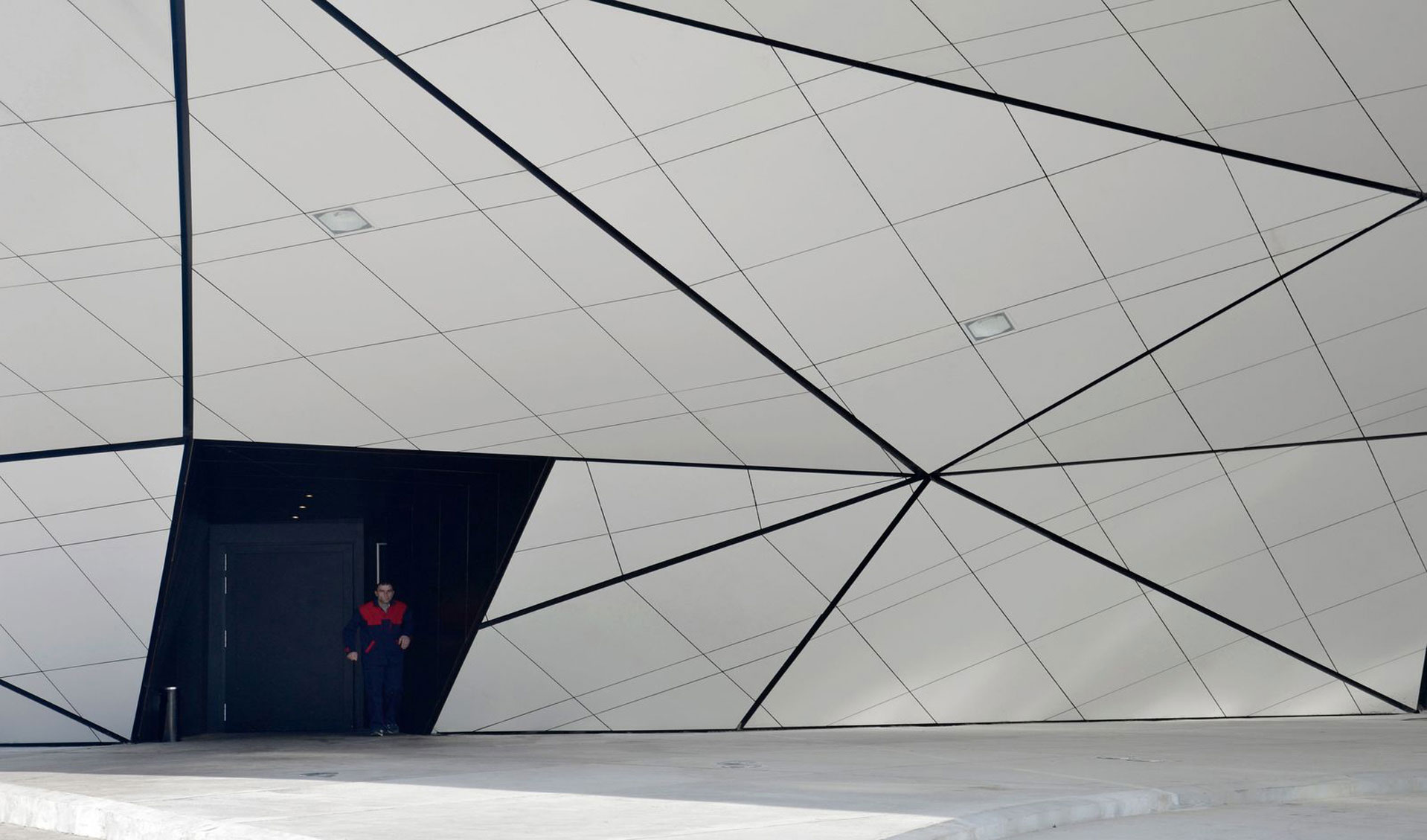 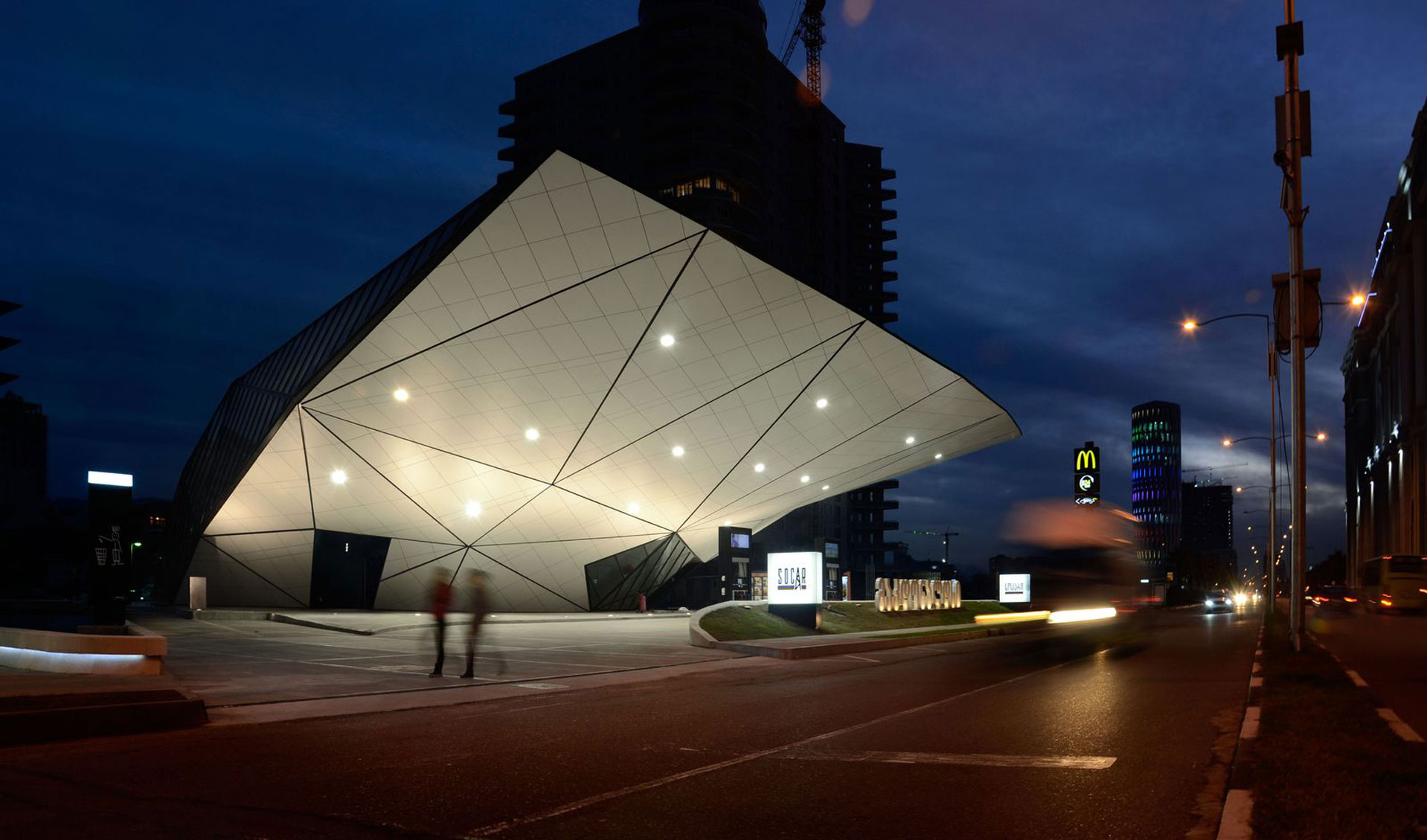 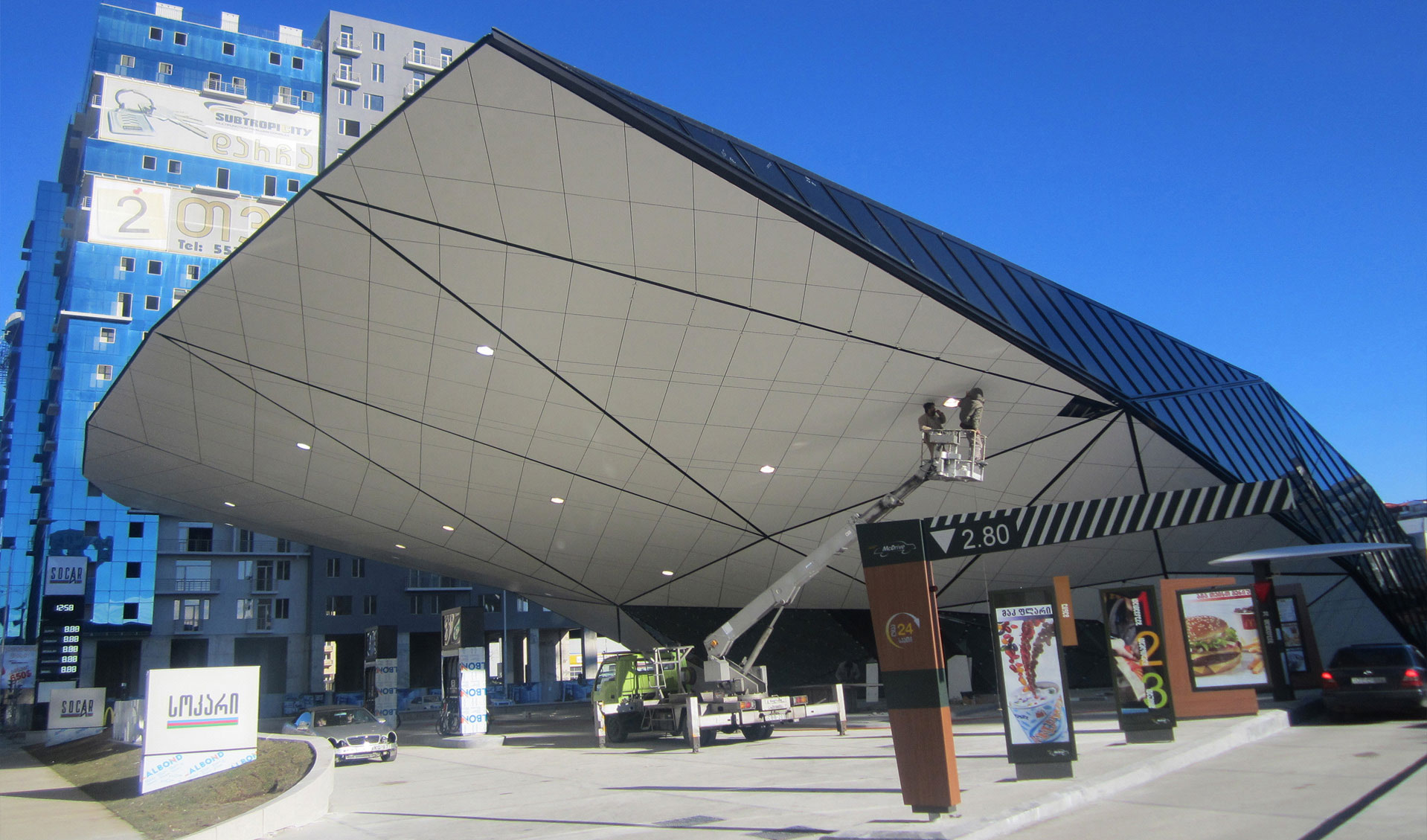 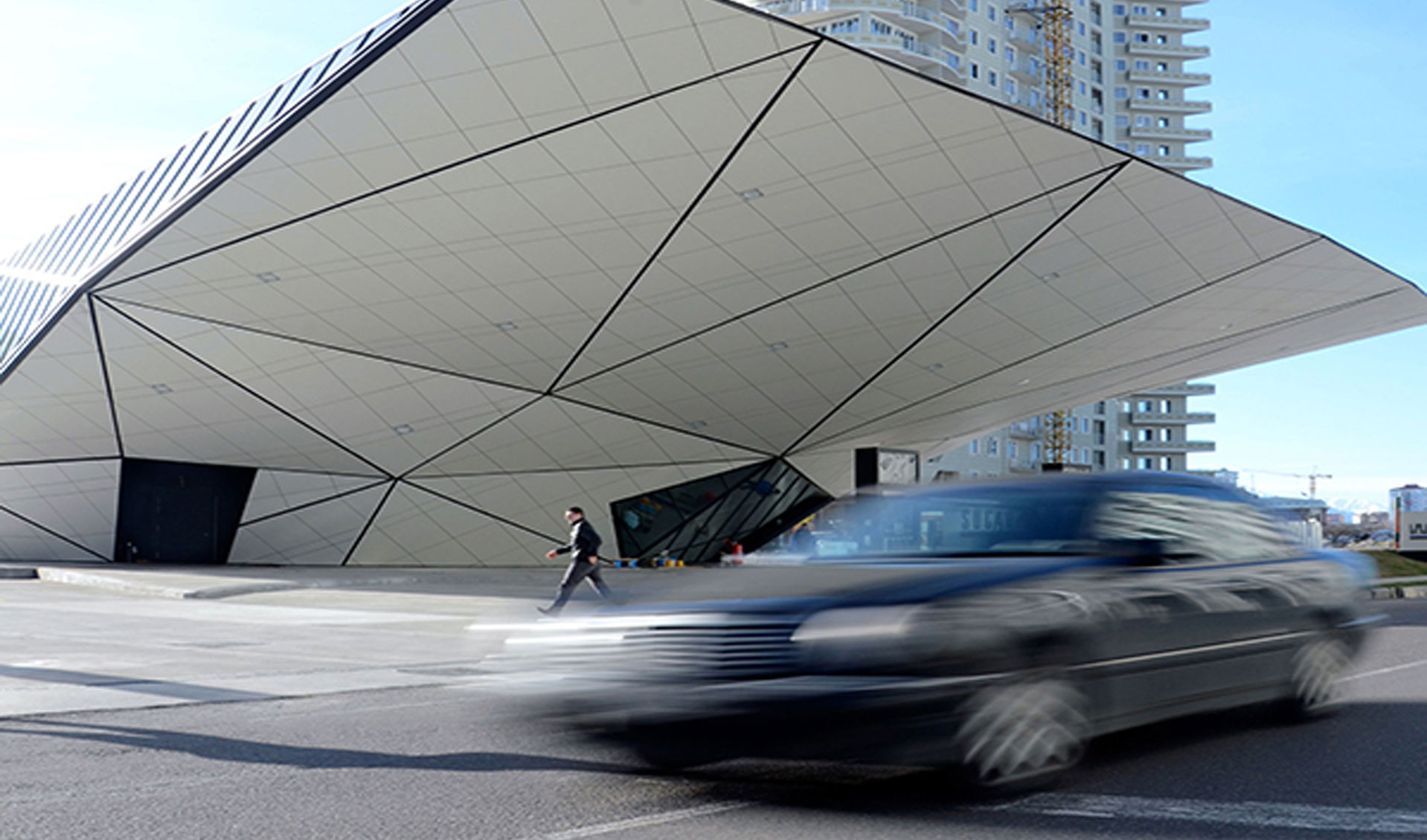 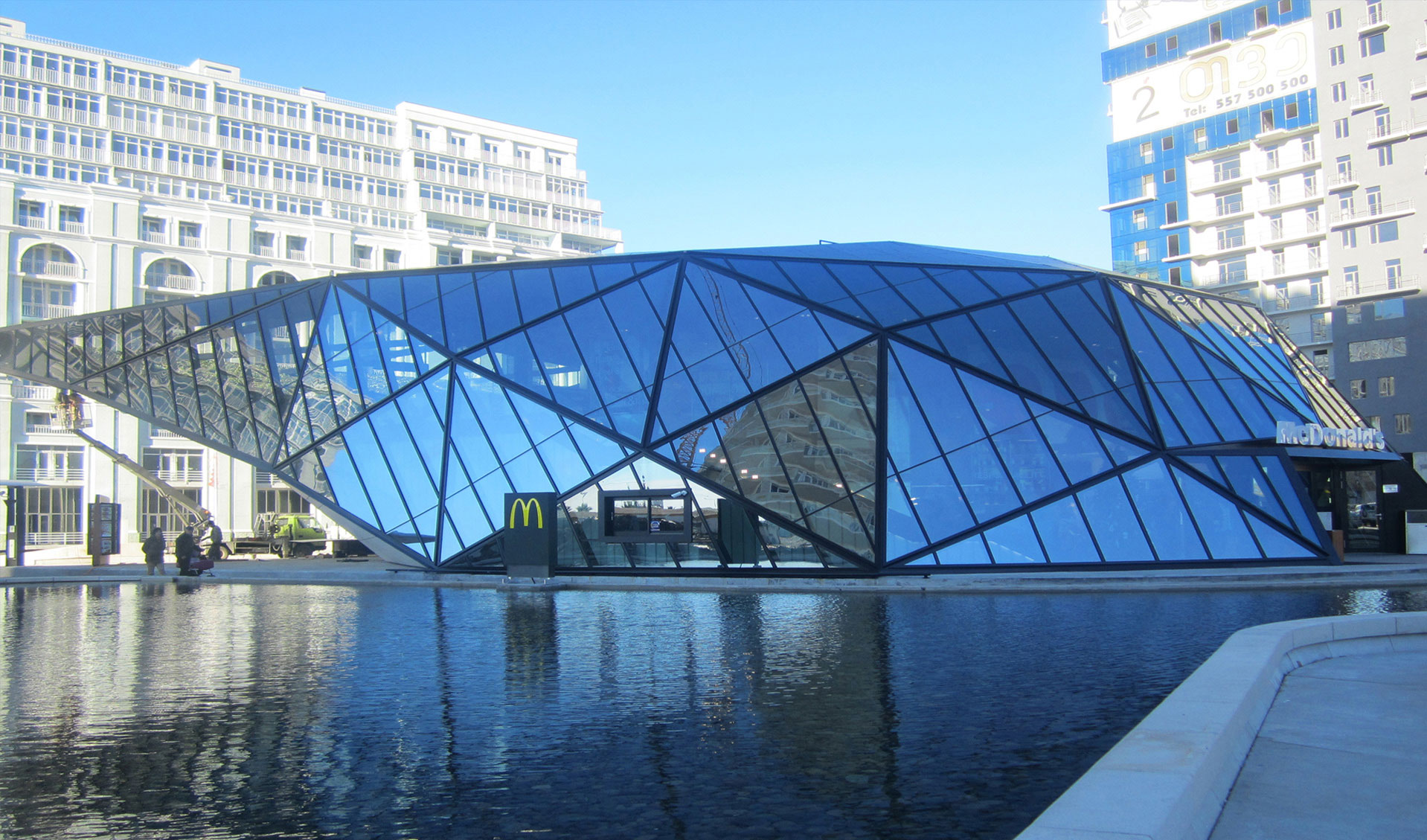 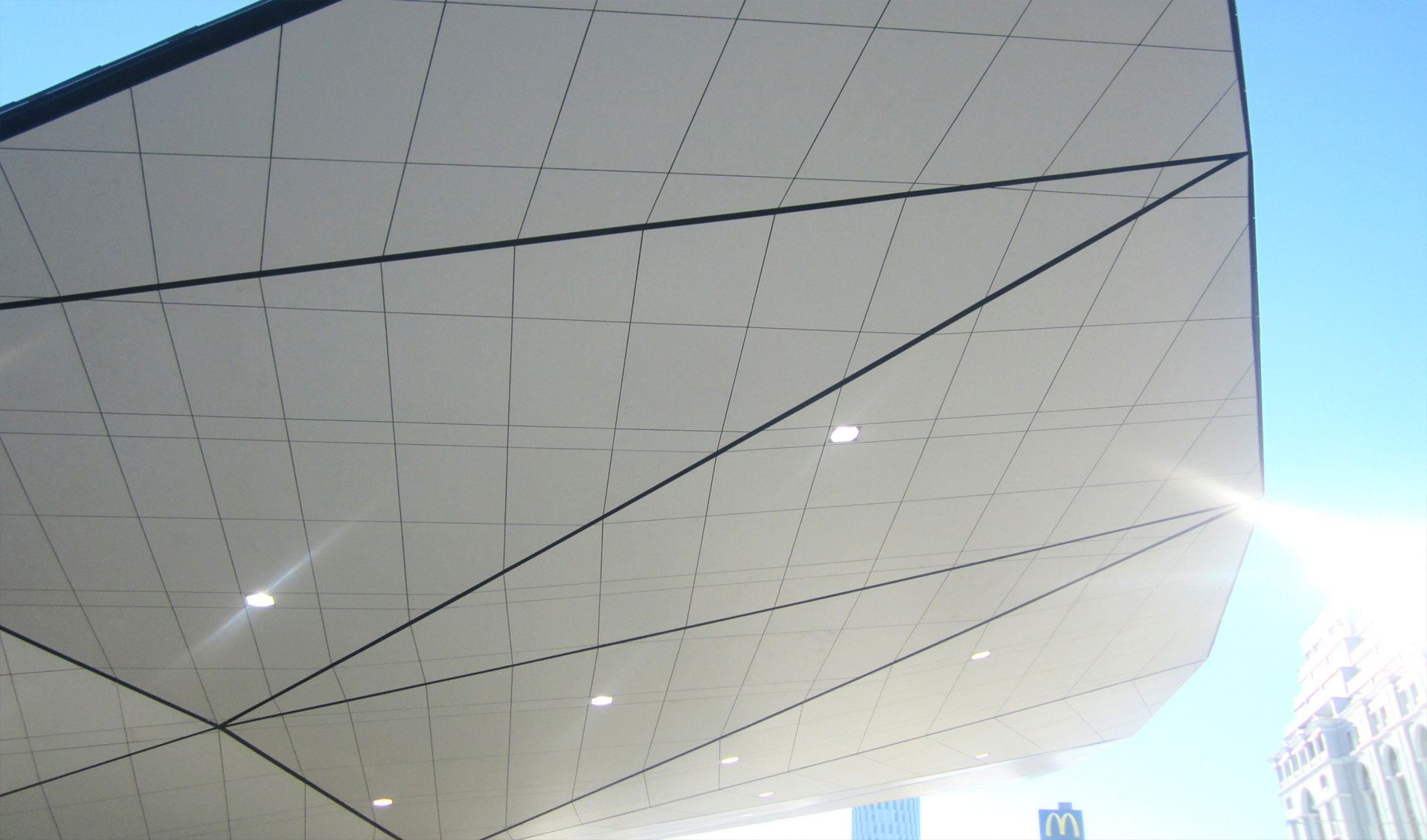 One of the most important projects implemented by EUROFASAD in 2012. The Batumi McDonald's complex, designed by Georgian architect Giorgi Khmaladze, was named the best building of 2014 by the influential online publication ArchDaily.
As the so-called "Landmark" building of the city still boasts of distinctive façade forms which are wrapped in FunderMax tiles.
EUROFASAD is a constant supporter of important and innovative innovations for the appearance of the city, which is also emphasized by the slogan of our company "the face of a modern city".

Facade of the restaurant "Chemo Cargo" 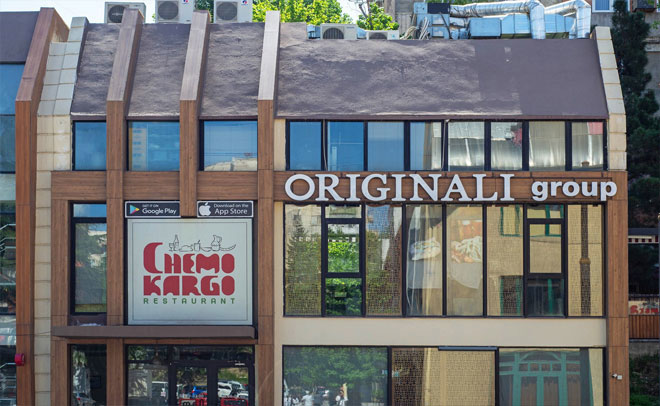 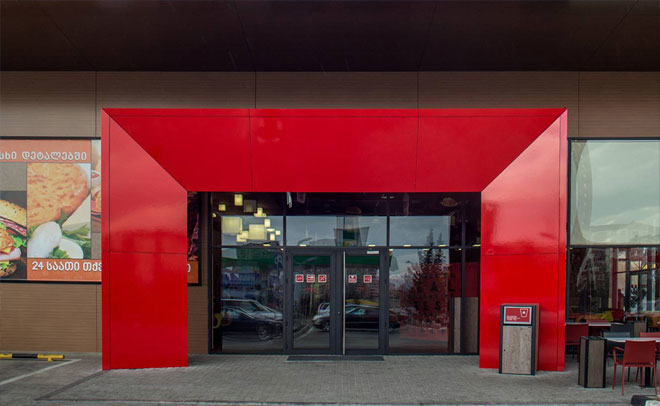 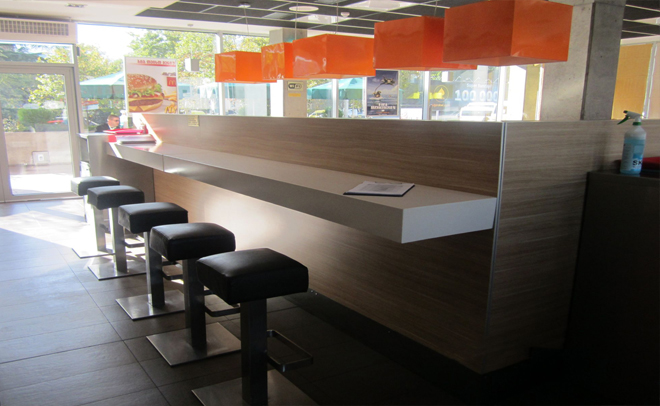 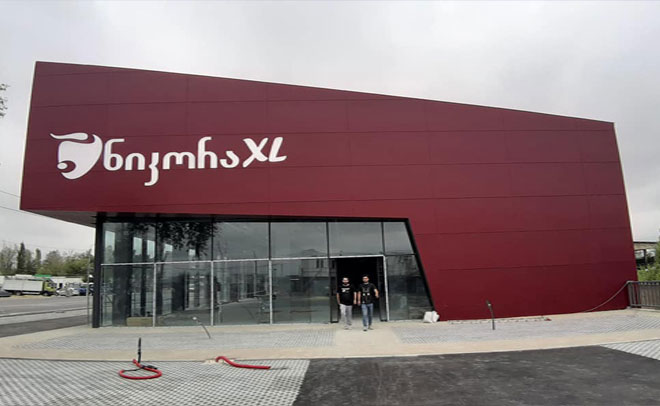 Facade of "Wissol" and "Smart" in Akhaltsikhe 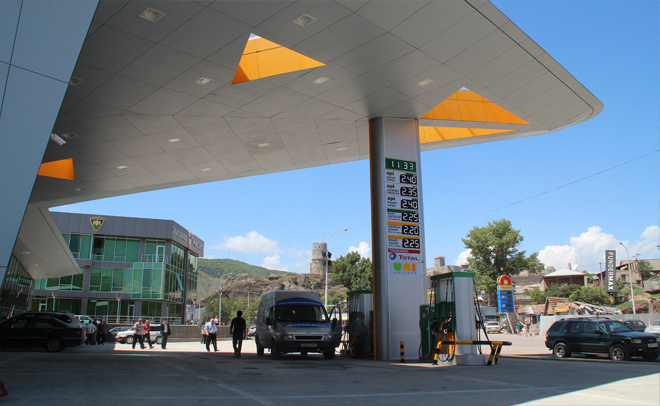 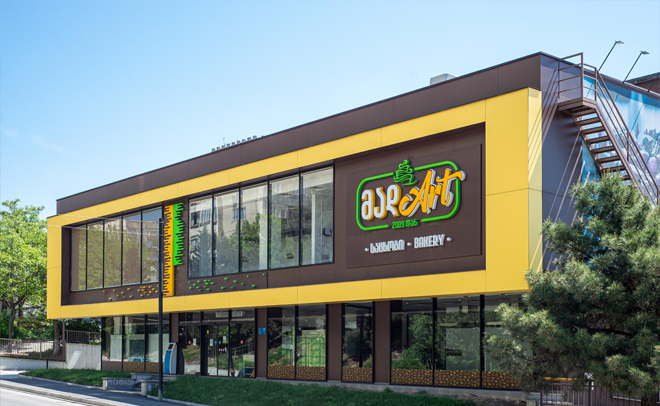 Facade of the cafeteria 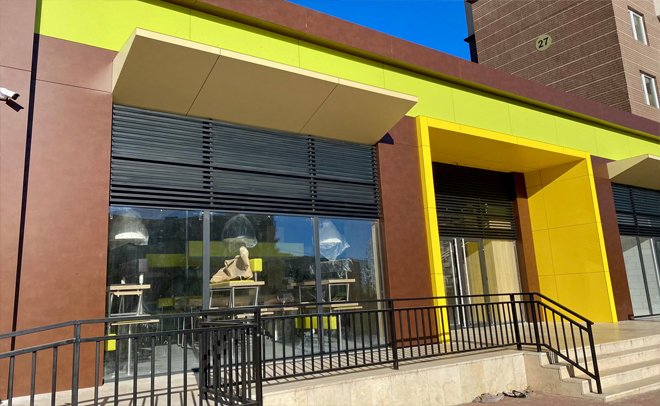 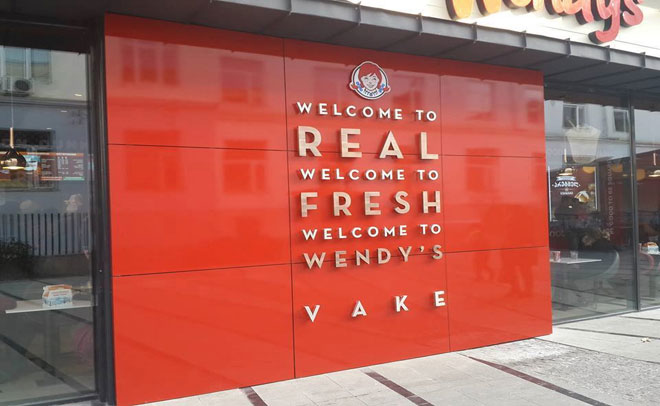 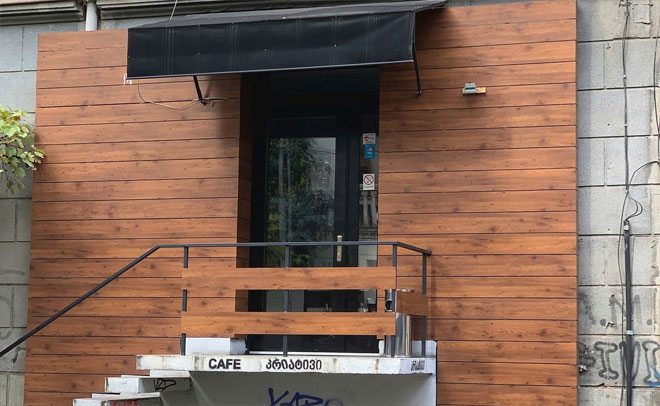 "Wendy" - the facade of the restaurant 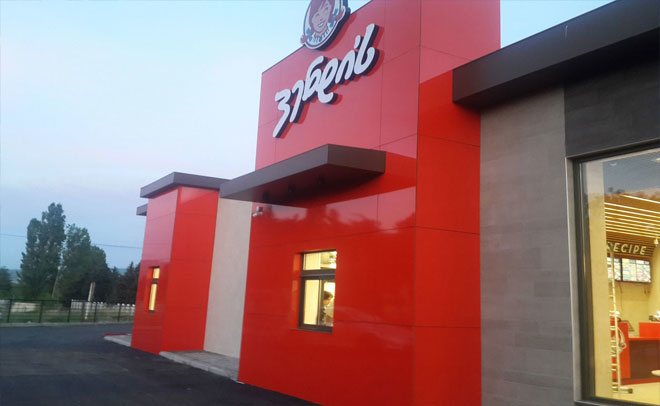 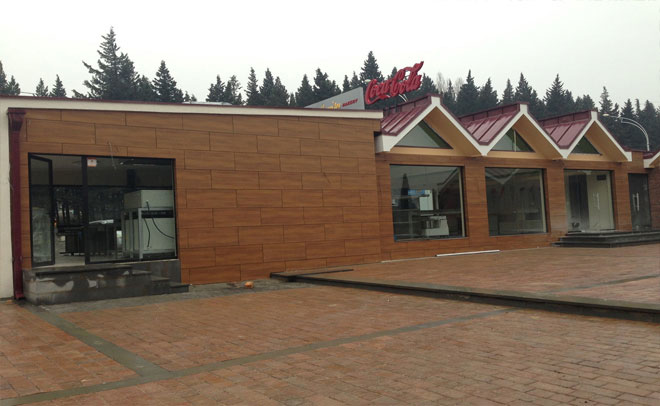 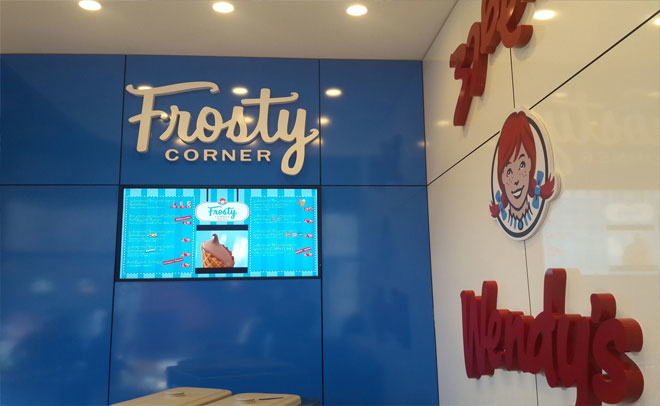